While filming the Bern Pride in 2017, we looked for how the Swiss “live” television green-screen interviews showing the Federal square and the “Palais Fédéral” are produced. Has to be a camera somewhere, right? Remote controlled and always available – right? Well, not hard to find.  Opposite the federal building as one would expect, above the Credit Swiss bank. 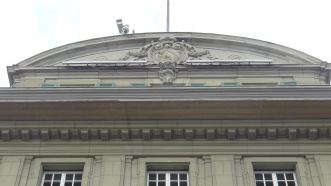 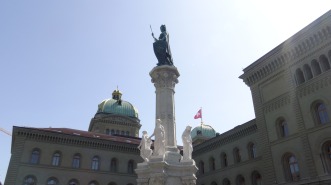 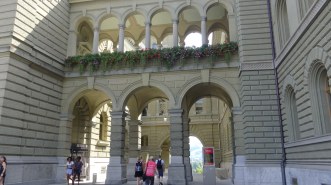 Here are the archives of projection mapping light shows on the Federal building for the last few years.  For the 2016 show (above) the theme was the 150th anniversary  of the Red Cross; for the 2017 edition shown below, the theme is the 500 years of the Reformation – for which the explanation of the scenes is here as a PDF download. As a cost reference, the budget for the 2012 version was CHF 850,000.-

And the origins in 2011 – constructing the Federal Building !