Corea and the Corona virus. 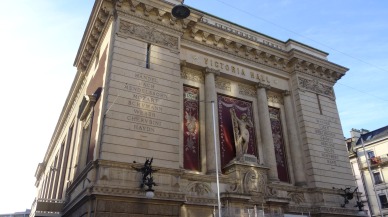 Chick Corea came to give a concert at Geneva’s Victoria Hall just as the Swiss Federal Authorities declared a ban on public assemblies of more than  1000 people.  Chick’s concert went ahead, but to comply with the new regulations some segments of the 1640 seat hall were closed. Thus enough people were turned away (and reimbursed) to bring the numbers below the 1000 upper limit .

Images of that concert (© Chick Corea Productions, from his website): 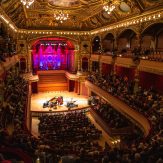 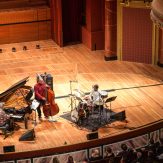 Again, an outstanding concert by this 1941 musician. Here some publicity for the essence of this concert with  base player Christian McBride & drummer Brian Blade. A wonderful experience.